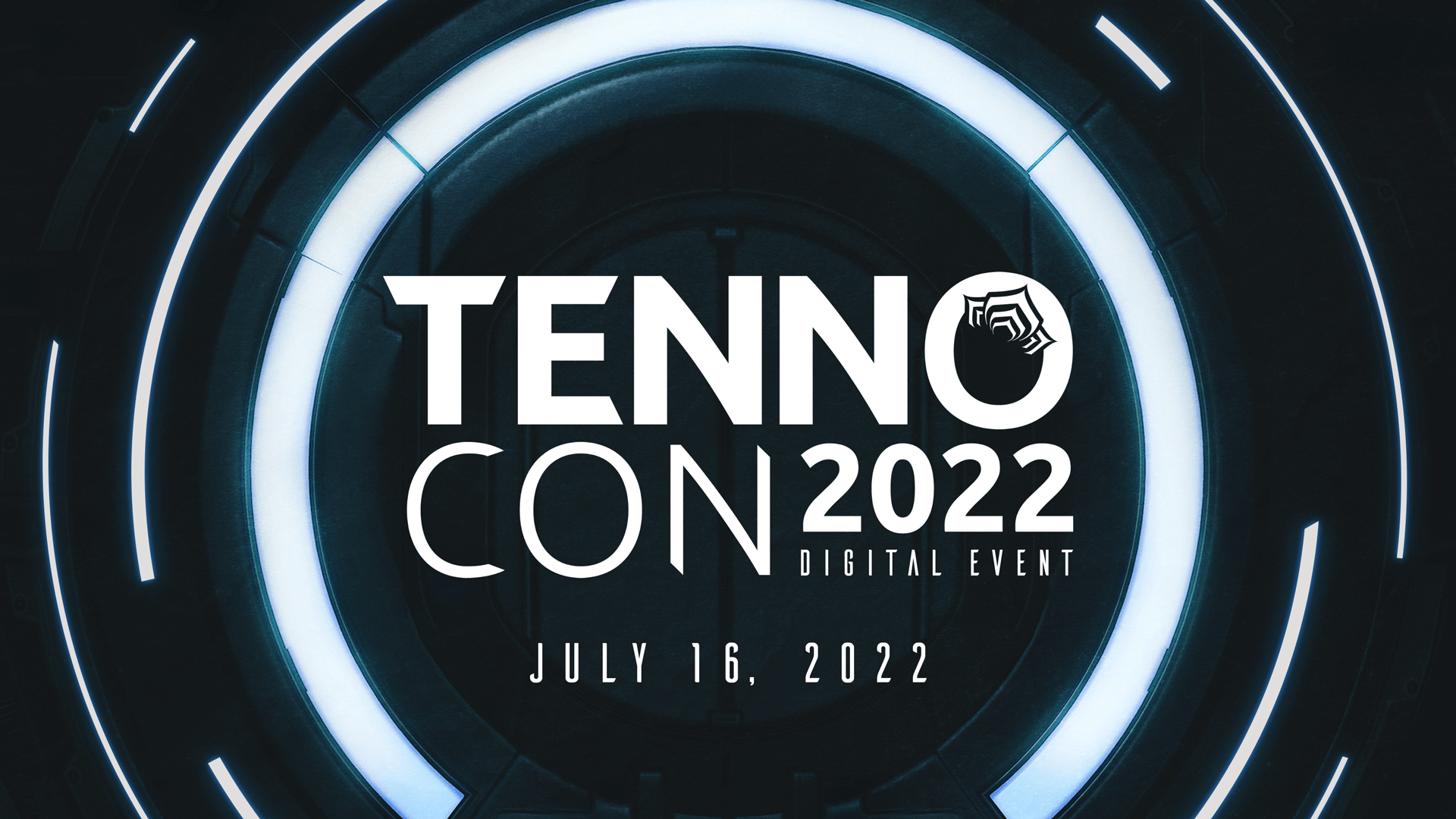 Digital Extremes Will Continue Its Digital Approach for the Seventh Annual Warframe Conference on July 16, Offering Players and Fans a Full Day of Reveals and Community Activities Including Art and Cosplay Contests and the Popular Dojo Showcase

Warframe developer and publisher Digital Extremes is inviting players and fans to mark their calendars for the return of TennoCon - the company’s annual flagship Warframe conference and player celebration event, packed with exclusive news and reveals, contests, in-game activities, giveaways, developer panels, and much more. The popular event attended by more than one million online viewers and in-game attendees from around the world will take place digitally on Saturday, July 16 and broadcast from London, Ontario to multiple streaming platforms for free.

“TennoCon is designed to give Warframe players a peek behind our game development curtain, while also taking a moment to celebrate the community of players that make Warframe what it is today,” said Sheldon Carter, COO of Digital Extremes. “We are in the midst of curating a jaw-dropping lineup of announcements and reveals, coupled with interactive in-game experiences that will really make TennoCon bigger and better than ever before.”

Digital Extremes is offering a first look at some of its exciting TennoCon 2022 community activities, including the return of its Art and Cosplay contests and the popular Dojo Showcase. Players and fans can once again flex their creative muscles and join the fun by submitting their Warframe-themed fan art or custom designed Warframe cosplay for a chance to be featured during TennoCon’s broadcast. All players and fans are eligible to participate and can submit using the Community Art Show submission form.

TennoCon 2022 will once again play host to Digital Extremes’ Clan Dojo Showcase! In Warframe, players can band together in large-scale teams called Clans and create customized, decorated Dojos that serve as the Clan “home base.” Digital Extremes hosts Dojo Contests throughout the year, and each month selects a new set of Dojos to appear in Warframe’s Star Chart for all players to visit. TennoCon 2022 will once again showcase past Featured Dojo Contest winners in a series of short tours hosted by Warframe’s community team. All Dojos that have been featured on the Star Chart are eligible to submit designs for consideration. Either the Founding Warlord or the Architect who submitted a contest-winning Dojo will receive an in-game inbox message from the Warframe community team with details their Clan needs to submit for a potential showcase at TennoCon 2022.

Fan art and cosplay submissions, along with TennoCon Dojo showcase submissions, must be submitted to Digital Extremes no later than Thursday, June 16 at 11:59 p.m. ET to qualify for consideration in featuring at TennoCon on July 16.

TennoCon is Digital Extremes’ flagship Warframe conference and player celebration offering attendees premiere access to exclusive Warframe news and reveals, and behind-the-scenes insight into product development. The annual event rallies together hundreds of thousands of Warframe players for a player-first day of giveaways, contests, exclusive in-game events, and developer-led panels exploring Warframe’s illustrious work across a variety of categories that have included Art, Sound Design and Music, Community, and more. In 2021, Digital Extremes broke Warframe concurrent records when more than 700,000 players logged into the game to get a sneak peek at Warframe’s critically-acclaimed expansion The New War via an in-game Relay.

Additional details for TennoCon 2022, including Digital Extremes’ annual TennoCon charity and donation initiatives, will be made available in the coming weeks. Players can jump into Warframe’s newest update Angels of the Zariman - the follow up to its critically acclaimed expansion The New War – today, available for all platforms for free.