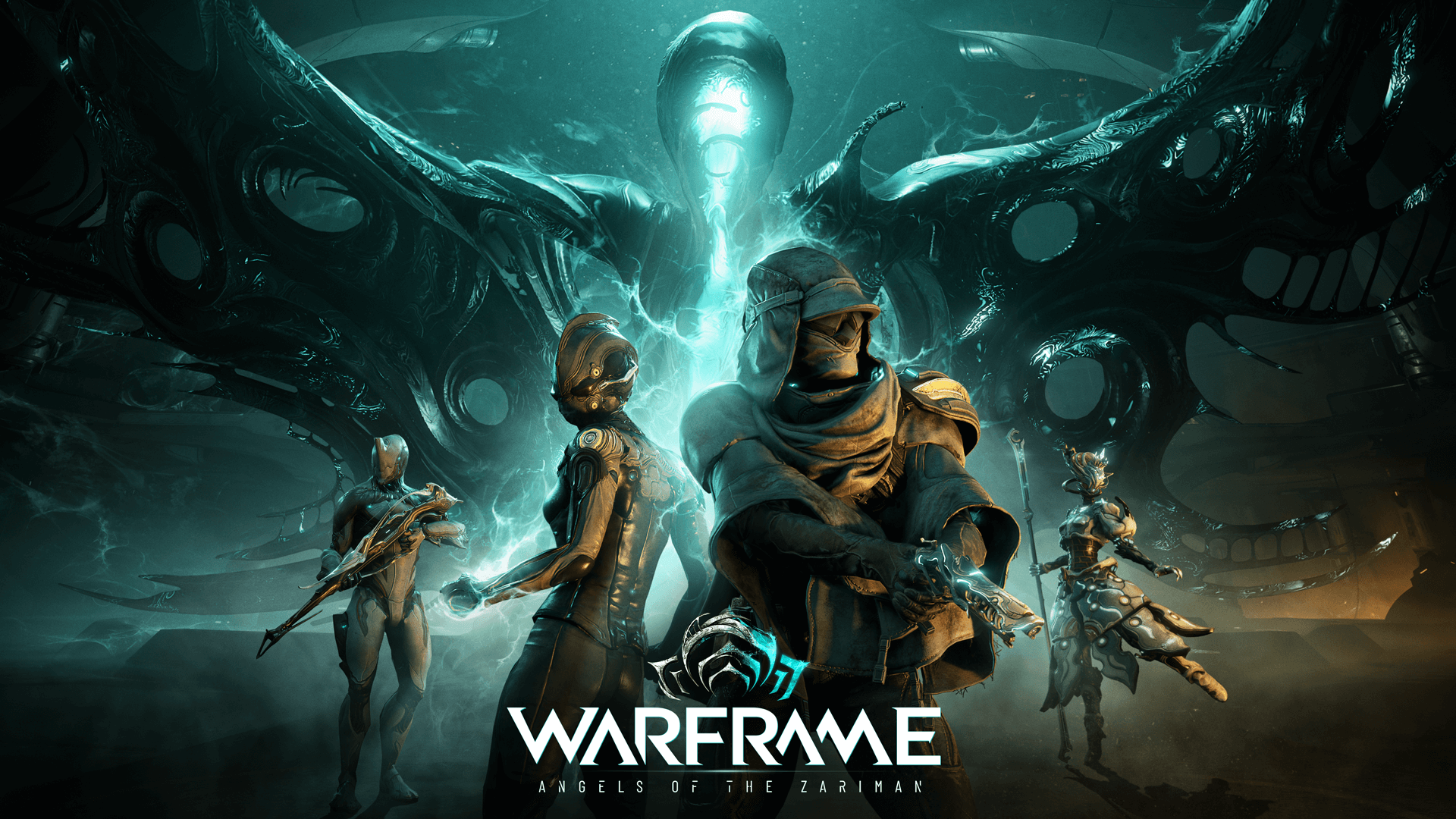 Uncover the Mystery Behind the Origin of the Tenno, Electrify Your Gameplay with the New Warframe Gyre, and Explore the Chrysalith Social Hub to Customize a Dormizone or Squad Up and Jump Straight Into Three All New Game Modes

Warframe developer Digital Extremes is inviting players to light up the dark mysteries behind the origin of the Tenno in its latest expansion, Angels of the Zariman, now available for all platforms. Following the events of the critically acclaimed The New War expansion, Angels of the Zariman takes players on a haunting trip to the fabled Zariman Ten Zero – a massive Orokin colony vessel once thought to be lost to the mind-bending dimension The Void – to confront their past and unearth the secrets lying within its ghostly halls. Overgrown with lush foliage and lost to space and time, the Zariman Ten Zero is rife with intrigue, holding the answers to some of Warframe’s biggest mysteries and secrets for players to uncover. In addition to a new narrative Quest, Angels of the Zariman brings Warframe players an exciting roster of new content, including Gyre, a graceful and electrifying new Warframe for players to master, and the new Chrysalith social hub where players can customize their own Dormizone apartment, jump into three all-new procedural game modes, or interact with a variety of NPCs to further peel back the mysteries of the Zariman and gain access to Warframe’s new Incarnon Evolving Weapons.

The Angels of the Zariman launch trailer highlights the newest features releasing with the expansion and offers a thrilling sneak peek at the otherworldly threats players will find stalking the halls of the lost ghost ship:


“The Zariman Ten Zero has been shrouded in mystery since Warframe first launched in 2013 and we are beyond excited to be diving into its origins,” said Rebecca Ford, Director of Live Operations and Community at Digital Extremes. “Designing and developing the Zariman is a bit of a homecoming for us. We are aiming to be respectful of the nine-plus years of imagination that players have had about what the Zariman is. Creating that environment using all the technology that we as developers have come to utilize - seamless procedural missions, a new social hub, haunting enemy designs, and more - has been extremely fun.”

Venture into the very heart of the Zariman Ten Zero and explore unique locations like the Chrystalith social hub. Here players will meet new characters to gain access to new Incarnon Evolving Weapons, customize their own Dormizone apartment, or squad up and jump seamlessly into three challenging new game modes, each a unique take on classic Warframe action.

In addition to three all new mission types, Angels of the Zariman introduces players to a new class of Incarnon Evolving Weapons. By interacting with one of the Chrysalith’s NPCs,  players can complete missions and defeat enemies to siphon the power of the Void into their weapons and witness them transform into tools of greater destruction. Players can unlock different aspects of these weapons and modify their specialization as they wish.

Warframe players can already customize their very own personal housing quarters in their Orbiter. With Angels of the Zariman, players can secure a secondary home aboard the Zariman Ten Zero with their very own Dormizone. These customizable housing quarters are available to players who complete the Angels of the Zariman Quest and can be modified and outfitted with a slew of unique decorations for players to create their space and invite friends to visit. Players that raise their Standing in the Chrysalith enough can even unlock the Vista Suite, where they can customize their view from the window using Vistagraphs.

Electrify Your Gameplay with a New Warframe, Gyre

Gyre is Warframe’s 49th playable Warframe and can be earned in-game or purchased for Platinum from the Warframe Market. A graceful, yet formidable Warframe, Gyre can spin her inner mechanisms to generate electricity which she can elegantly control to obliterate opponents.. Players can look forward to annihilating their enemies with her conductivity of coils and transmitters, bringing on waves of destruction from her signature weapon and crippling Abilities. More information about Gyre and her full Ability kit can be found on the Angels of the Zariman website or Warframe’s Devstream 161 Overview.

Warframe already features an extremely high-level of customization with its wide variety of Fashion Frame options and Angels of the Zariman introduces even more ways to customize player appearances in Warframe. Voidshell Skins are a unique new offering in Warframe that allow players to select Material Structures to apply to each tint on their Warframe. These textures can be earned or purchased in-game for Platinum and will only be available on Voidshell Skins for their Warframe and Operator (cannot be applied to existing cosmetics). A variety of Voidshell Skin collections will be made available today: Saryn Voidshell Collection, Volt Voidshell Collection, and the Rhino Voidshell Collection. A new Deluxe Skin will also be introduced today with the Valkyr Carnivex Collection, featuring the Valkyr Carnivex Warframe Skin, Dreyic Fist Weapon Skin, and Alastorn Armor Set. More information on these exclusive Customizations can be found on the Angels of the Zariman website.

Players can reinforce their Arsenal and prepare for the threats ahead of them in Angels of the Zariman with instant access to new Weapons, Customizations, Boosters, and more in the Emergence and Chrysalith Supporter Packs. Venture into the dark of the Zariman with the evolving Tenno badge of honor, the Vesaro Sekhara, the striking Hespar Scythe and much more. More information about Warframe’s new supporter packs for Angels of the Zariman can be found on the expansion website.

Angels of the Zariman is accessible to players who have completed Warframe’s The New War expansion. To progress through The New War players will need to obtain a Railjack and a Necramech, which can be earned in-game or purchased for Platinum from the Warframe Market. In an effort to assist players in progressing through The New War and gaining access to Angels of the Zariman faster, Digital Extremes is offering a sale on Railjacks and Necramechs for a limited time only. More information on Quest prerequisites can be found in this detailed guide for The New War.

Additional quality of life improvements are coming to Warframe today in the form of major reworks for Focus and Eximus. More information about these changes can be found in the Focus School Dev Workshop and the Eximus Reborn Dev Workshop or in Warframe’s Angels of the Zariman Preview Dev Workshop.


For more information on Warframe’s newest merchandise collection launching with Angels of the Zariman, visit www.store.warframe.com.