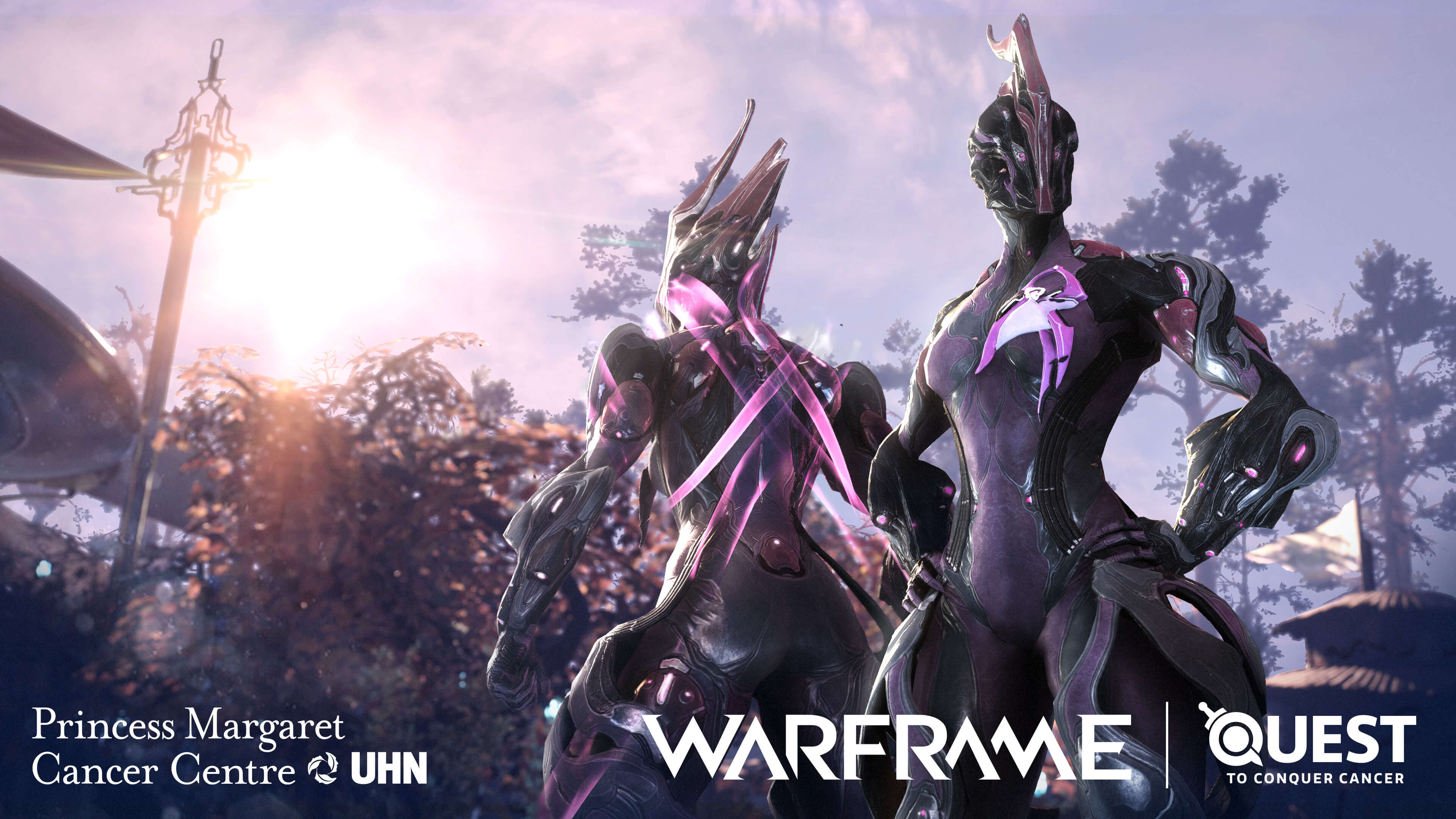 LONDON, Ontario -- October 1, 2021 -- Warframe developer and publisher Digital Extremes is on a mission with players to give back and raise awareness for breast cancer for the second year with the Quest to Conquer Cancer initiative in partnership with The Princess Margaret Cancer Foundation in Toronto, Ontario -- a top five cancer research center in the world. Following a successful 2020 campaign which saw Warframe players and content creators come together to raise more than $100,000 for breast cancer research, Digital Extremes and its Warframe community will once again kindle an engaging and collaborative environment in the spirit of giving and fighting for a cure.

For the month of October, Warframe players and the general public can join Digital Extremes in their quest by tuning into participating Warframe streams from some of the most-watched and up-and-coming creators and the Warframe community team to donate onstream and unlock exclusive rewards, including behind-the-scenes content from the upcoming expansion The New War. Warframe on Twitch will be using the Donor Drive extension, which allows viewers to donate directly without ever having to leave the livestream! Participating partnered streamers will have this feature enabled at their discretion. Donations can also be made directly on the Donor Drive Quest to Conquer Cancer page. Each donation made will be counted toward a reward tier, unlocking exclusive in-game content on all platforms and other rewards as each donation tier is reached.

“Giving back to our community has always been part of the Warframe spirit and our community of players have always been known to be inclusive, welcoming, and charitable beyond belief ,” said Sheldon Carter, COO of Digital Extremes. “For the second year, we’re creating an exciting program that engages and rewards players while raising awareness and funds to fight for a cause that affects the lives of so many around us.”

A new line of Warframe charity merchandise in stylish pink is also available in limited quantities, including a t-shirt, an enamel pin, and a floof plush. Customers who purchase the Conquera Kuaka Floof Plush or the Conquera Collection will also receive a free in-game charity-themed floof delivered digitally after purchase. Net proceeds from charity merchandise purchases will be donated after the campaign ends and are considered as contributions towards donation tiers. 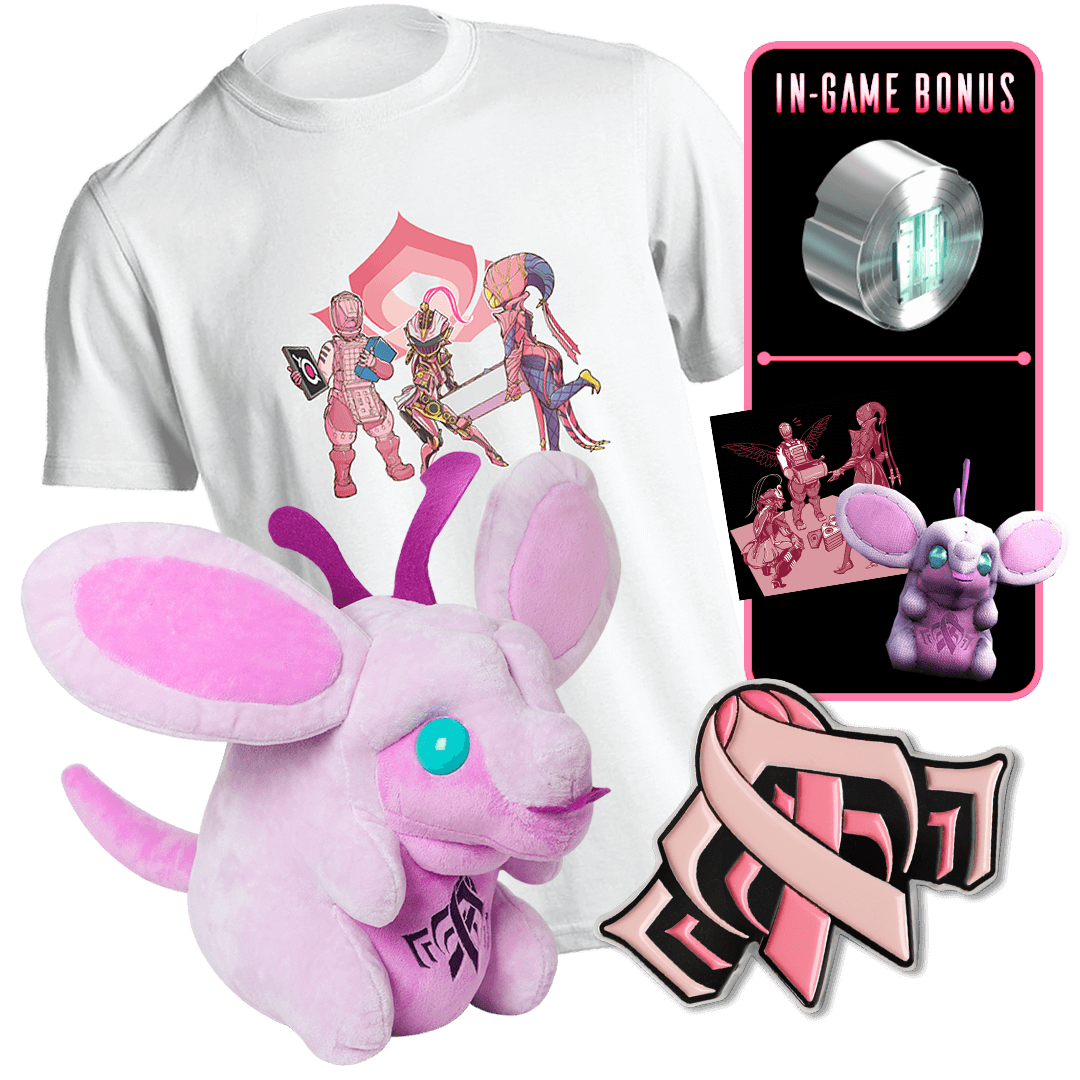 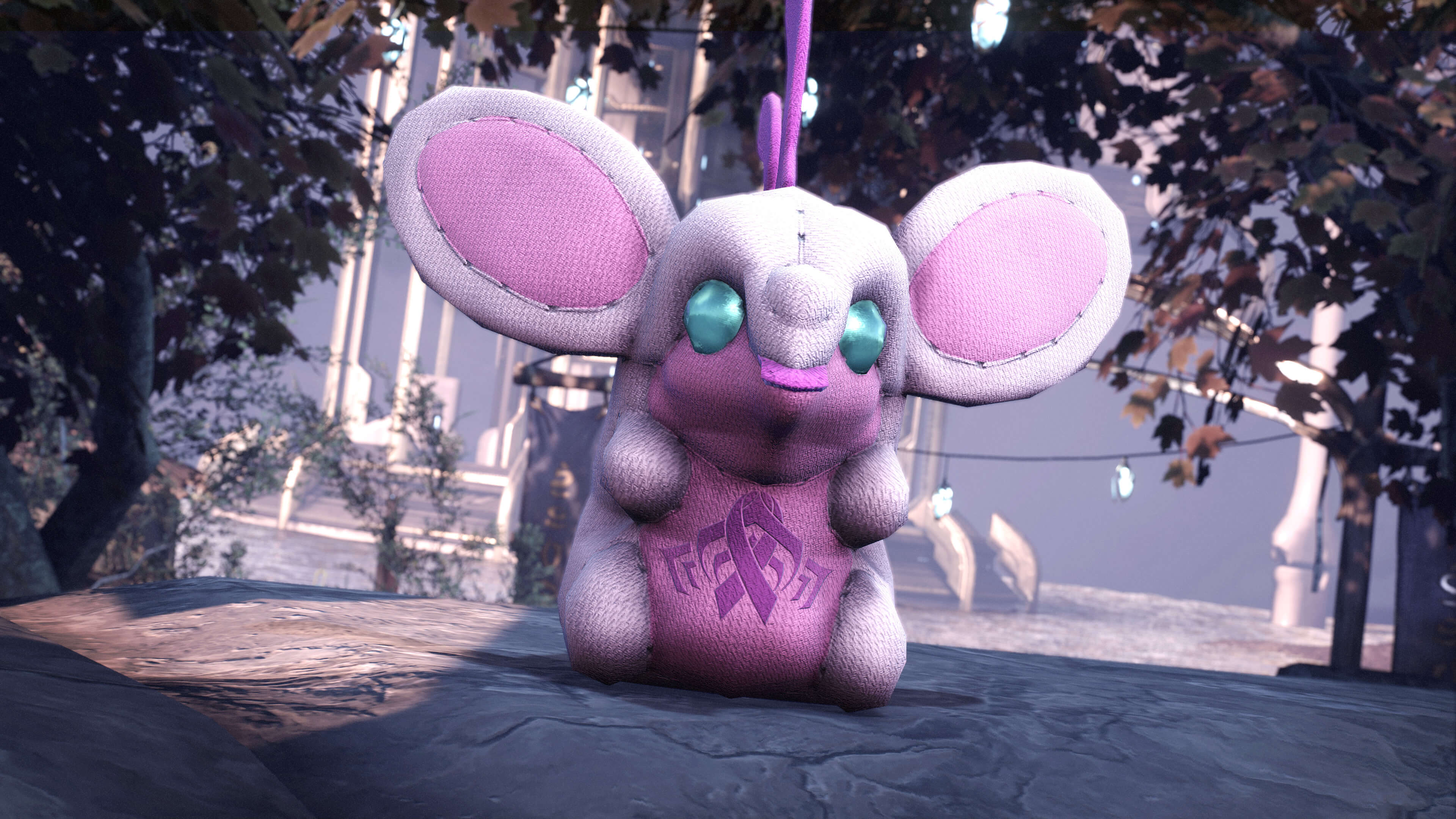 Get an additional Glyph by community fan artist dull-ahan and a Glyph Display!

Unlock a 3x Forma in-game Alert that will go live on all platforms starting November 5 at 2 p.m. ET through November 15 at 2 p.m. ET.

Display the Conquera Decoration proudly in your Orbiter!

Unlock a special concept art reveal from our next highly anticipated cinematic expansion - The New War! The art will be shared on the Quest to Conquer Cancer website, and on Twitter, Facebook, and Instagram.

Fashion Frame for a great cause and get the brand-new Conquera Ephemera. This Ephemera is fully color customizable -- whether you choose to keep it pink or represent a cause of your choice, the option is yours!